Showing posts from July, 2011
Show all

How to Save Pakistan from Internal, Economic Threat 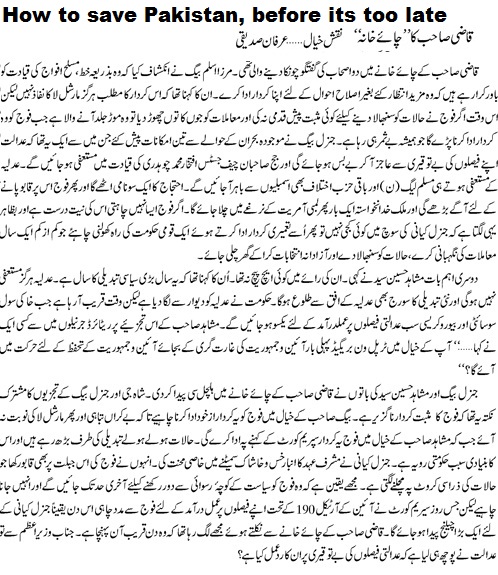 How should the Army handle the free fall?
Shaheen Sehbai Former Army chief retired General Mirza Aslam Beg has now come out with an open invitation to the GHQ to intervene although he is confused on how this should be done. His considered view coincides with the growing frustration and lack of confidence in Pakistan and around the world in the political leadership of Pakistan to handle the enormous challenges facing the country.
Regrettably, most of these problems and challenges were born or aggravated because they were either not handled properly or deliberately mishandled.
Beg has joined the growing club of concerned people including some top Pakistani diplomats, former holders of important government positions and known economists and technocrats who think the quality of leadership in Pakistan is so pathetic that severe damage was being done to the State of Pakistan which, if not halted now, could become irreversible and fatal.
A known Pakistani diplomat openly discusses this failure i…
Read more

Back to Machiavelli: Corruption & Pak Politics 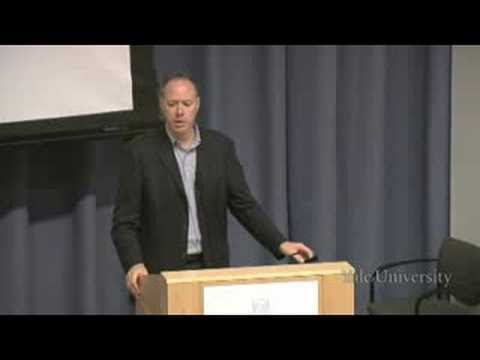 WebpageTransla Machiavelli’s realpolitik, or pragmatic politics, is justified by not only dictators but also many democratic leaders. Perhaps Pakistani leaders do not read Machiavelli but they are the true embodiment of his Prince. They have sycophants around them to admire and praise them and transform them as great and popular leaders. In return these sycophants are pleased by receiving high titles that they do not deserve. Those who oppose the rulers are isolated, imprisoned and tortured. Under such leaders people are given opportunities for corruption. The state and its institutions become tools to protect corrupt leaders and their interests rather than protecting the people against them. Agitation is crushed by brute force. After studying the politics of Pakistan, we can conclude that some of our leaders have further embellished Machiavelli’s ideology.

Nation and Army: Facing the Storm-Winds Together


“My centre is giving way, my right is in retreat; situation excellent. I shall attack.”

– Marshal Foch (First World War)
Under attack from all sides, this should be the motto of the Pakistan Army in these trying and, I daresay, bracing times. For what can be more bracing than the winds howling, the storm-clouds bursting, the earth shaking beneath your feet, but your heart steady and your resolve unshaken?
The army’s past is less than glorious. It has done things for which it has been justly criticised: interventions a hapless nation could have done without, saviours and messiahs – a depressing gallery of four – whose collective output has contributed more than anything else to bring us to our present pass.
But, in a remarkable turnaround, the army has started doing the right things: refraining from political interventionism, thereby supporting democracy; standing up to the United States and refusing to subordinate national interests to American interests. Far from gettin…
Read more

The Other side: Positive Role of Madaris

There have so far been three major occasions in which Pakistani middle class has broken away from its traditionally conservative disposition to come out and announce ‘revolutionary’ political aspirations. The first time when this class began demonstrating political assertiveness was in the late 1960s when the bulk of its youth began to air grievances against Pakistan’s military-industrialist nexus headed by the first military dictator, Field Martial Ayub Khan. Keeping in mind its inherent conservative outlook, one expected the middle class to oppose a secular-capitalist military dictatorship by siding with the mainstream anti-Ayub religious parties. But the many young men and women who led the revolt against Ayub turned sharply leftwards, gallivanting towards ideas such as socialism and social democracy, largely expressed through political organisations such as the nascent Pakistan People’s Party, National Students Federation and National Awami Party.
Young middle class…
Read more

Talking Tall- A peep to Muslim History in India

- July 12, 2011
WebpageTranslator
The roots of the modern-day Hindu-Muslim antipathy in India and sectarian violence in Pakistan lie not in the distant past, but a mere 150 years back in history; or soon after the failure of the 1857 Indian Mutiny.
As the British became a lot more imposing after the failed mutiny, they also began introducing a greater number of modern ideas and technology, some of which suddenly awakened the Muslims to a stark reality. Muslims realised that they were actually a minority in India, something that was ignored by them due to hundreds of years of Muslim rule in India.
As the region’s Muslims finally resigned to the fact that the age of Muslim kings was as good as over, a number of Muslim scholars and reformers emerged and attempted to tackle this dilemma. Four strains of such reforms emerged: The conservative Deobandi movement, the puritanical Ahl-i-Hadidh movement, the ‘folk-Islam’ of the majority Berelvi creed of Islam and the modernist Islam.
The conservative as well as mo…
Read more
More posts