Showing posts from March, 2016
Show all

Indian Act of War - India Naval Officer captured in Pakistan, not spy but involved in Terrorism, its an Act of War 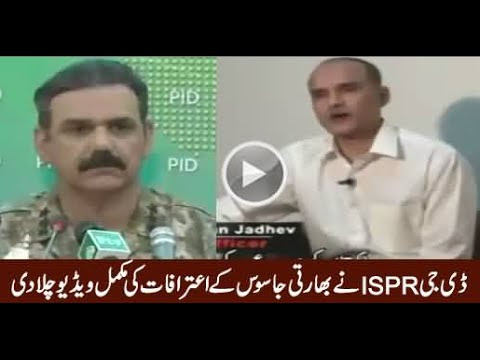 http://dai.ly/x40vigp India knows well that it cannot defeat militarily nuclear armed Pakistan, so with help of other enemies of Pakistan India has launched Terrorist Military War against Pakistan. Its not a spy but terrorist Commander Indian naval military officer. Are we ready to respond?One is totally astonished at the cursory treatment being given to the episode of Indian Navy Commander  Kulbhushan Yadav  caught in Pakistan, conducting terrorist operations in Pakistan, with base in Chah Bahar Iran. He is not a spy, he is Terrorist. We lost many Shia, Sunnis, Christians in terrorist activities in Balochistan, KPK, Punjab, Sindh, all over Pakistan. Indian footprint was claimed but now we have solid evidence. Giving it cursory treatment is unfair, injustice to the blood of all those, over 60000 killed in terrorist activities. His actions are not spying but ACT of WAR by state, India. Comparing him with Francis Gary Powers (August 17, 1929 – August 1, 1977) –  an American pilot whose Cent…
Read more

Are south Asia’s Islamic schools causing a surge in extremism?

Islamic leaders retort that the whole point of most seminaries is to train scholars and holy men, and ask why schools whose ultra-conservative curricula have been unchanged for centuries are being blamed for modern-day terrorism. They, and academics sceptical about the “factories of terror” rhetoric, also note that only a tiny proportion of Asian Muslims attend madrassas.

Christine Fair, an associate professor at Georgetown University in the US and an expert on Pakistan, delights in debunking misconceptions about the country and its madrassas. Few Pakistanis, she says, actually attend madrassas, and those who do typically only go for a couple of years, while violent extremists are not destitute illiterates but disproportionately well-educated.
Nevertheless, she has concluded that Deobandis are indeed the largest source of violence in the country and that Deobandi madrassas are increasing faster than others. What is more, …
Read more

“We are chasing an Islamic order ‘stripped of its humanism, aesthetics, intellectual quests and spiritual devotions…. concerned with power not with the soul, with the mobilization of people for political purposes rather than with sharing and alleviating their sufferings and aspirations.”[Eqbal Ahmad]
Islamism, also known as Political Islam (Arabic: إسلام سياسي‎ islām siyāsī), is an Islamic revival movement often characterized by moral conservatism, literalism, and the attempt "to implement Islamic values in all spheres of life." Islamists generally oppose the use of the term, claiming that their political beliefs and goals are simply an expression of Islamic religious belief. Similarly, some experts (Bernard Lewis) favor the term "activist Islam", or "political Islam" (Trevor Stanley), and some (Robin Wright) have equated the term "militant Islam" with Islamism.  The different Islamist movements have been described as "oscillating between tw…
Read more