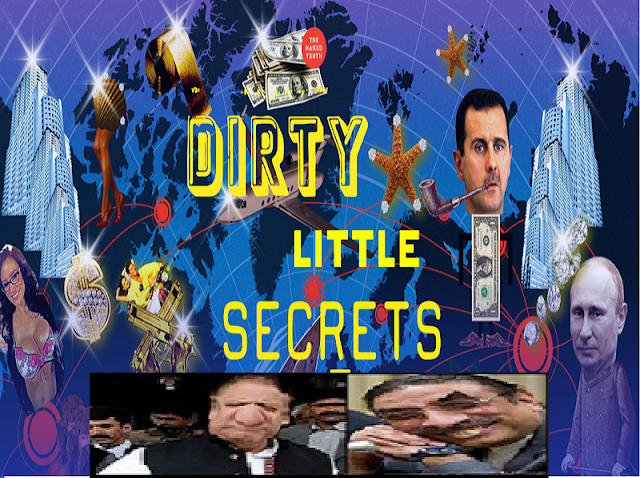 The Panama Papers have been dubbed the biggest leak in history, with over 11m confidential documents and 2.6 terabytes of data, pertaining to the offshore accounts of leading politicians, businessmen and celebrities. The documents were anonymously leaked from the Panama-based law firm Mossack Fonseca, and the International Consortium of Investigative Journalists (ICIJ) are still sorting through documents that could uncover tax evasion and other criminal activities. Technically, there is no proof that having offshore accounts automatically means you are committing tax fraud. However, Reddit user DanGliesack has given an excellent analogy on why the leak of the Panama Papers is so important:

When you get a quarter you put it in the piggy bank. The piggy bank is on a shelf in your closet. Your mom knows this and she checks on it every once in a while, so she knows when you put more money in or spend it. Now one day, you might decide 'I don't want mom to look at my money.' So you go over to Johnny's house with an extra piggy bank that you're going to keep in his room. You write your name on it and put it in his closet. Johnny's mom is always very busy, so she never has time to check on his piggy bank. So you can keep yours there and it will stay a secret.
Now all the kids in the neighbourhood think this is a good idea, and everyone goes to Johnny's house with extra piggy banks. Now Johnny's closet is full of piggy banks from everyone in the neighbourhood.
One day, Johnny's mom comes home and sees all the piggy banks. She gets very mad and calls everyone's parents to let them know.
Now not everyone did this for a bad reason. Eric's older brother always steals from his piggy bank, so he just wanted a better hiding spot. Timmy wanted to save up to buy his mom a birthday present without her knowing. Sammy just did it because he thought it was fun. But many kids did do it for a bad reason. Jacob was stealing people's lunch money and didn't want his parents to figure it out. Michael was stealing money from his mom's purse. Fat Bobby's parents put him on a diet, and didn't want them to figure out when he was buying candy.
Now in real life, many very important people were just caught hiding their piggy banks at Johnny's house in Panama. Today their moms all found out. Pretty soon, we'll know more about which of these important people were doing it for bad reasons and which were doing it for good reasons. But almost everyone is in trouble regardless, because it's against the rules to keep secrets no matter what.

So if someone tells you that it should hardly come as a surprise that rich people are "bending the rules" or that the Panama Papers are "no big deal", tell them that they are. They are a massive deal. http://indy100.independent.co.uk/article/this-piggy-bank-analogy-perfectly-explains-why-the-panama-papers-are-so-important--WkmL0PWk5gb

Offshore companies are used for a variety of commercial and private purposes, some legitimate and economically beneficial, whilst others may be harmful or even criminal. Allegations are frequently made in the press about offshore companies being used for money laundering, tax evasion, fraud, and other forms of white collar crime. Offshore companies are also used in a wide variety of commercial transactions from generic holding companies, to joint ventures and listing vehicles. Offshore companies are also used widely in connection with private wealth for tax mitigation and privacy. The use of offshore companies, particularly in tax planning, has become controversial in recent years, and a number of high-profile companies have ceased using offshore entities in their group structure as a result of public campaigns for such companies to pay their "fair share" of Government taxes.
Read full: https://en.wikipedia.org/wiki/Offshore_company
The Panama Papers are a leaked set of 11.5 million confidential documents created by the Panamanian corporate service provider Mossack Fonseca that provide detailed information on more than 214,000 offshore companies, including the identities of shareholders and directors. The documents name the leaders of five countries — Argentina, Iceland, Saudi Arabia, Ukraine and the United Arab Emirates — as well as government officials, close relatives and close associates of various heads of government of more than 40 other countries, including Brazil, China, France, India, Malaysia, Mexico, Malta, Pakistan, Russia, South Africa, Spain, Syria and the United Kingdom >>> https://en.wikipedia.org/wiki/Panama_Papers

The world is in shock after exploring a tiny fraction of Panama Papers, 2.6 terabyte confidential leak in total, published by International Consortium of Investigative Journalists (ICIJ). The matter is worth investigation as well, as thousands of offshore companies were established in cooperation with Mossack Fonseca (MF) with the purpose of evading taxes and facilitating money laundering.
Related – Panama Papers: Benazir Bhutto’s oil firm paid huge bribes to Iraqi President Saddam Hussain for contracts
When it comes to the Pakistani owners of these questionable firms, people from every segment of life appear to be involved. The published documents suggest that over 200 Pakistanis were directly involved in these shady businesses, and more names might soon pour in with thousands of documents yet to be made public.
Interestingly, although the papers feature businesses from 1977 to 2015, the Pakistani names start appearing in years after 1990.

Which Pakistani owns most offshore companies?

Politicians and their relatives:

Most of Pakistani names featured in Panama Papers are businessmen and include almost every renowned businessman of the country, including:
Related – American corporations, politicians mysteriously missing from Panama Papers

Several owners of Pakistan based media groups were also found owning offshore companies. Among them Zulfiqar Lakhani, who owns Lakson Group and Express media group, was on top. Gohar Ejaz, who maintains an image of property tycoon and is financier of Channel 24 as well, was also in the list. Mir Shakil-ur-Rahman of Jang and Geo Group also established an offshore company in early 2000s.

Many lawyers and top judges also own offshore firms, according to Panama Papers. The name of Justice Farrukh Irfan, currently serving in Lahore High Court (LHC), was also on the list while Justice(retd) Malik Qayyum is also among owners of offshore companies.
Source: http://en.dailypakistan.com.pk/pakistan/exposed-by-panama-papers-list-of-pakistani-politicians-businessmen-and-judges-who-own-offshore-companies/