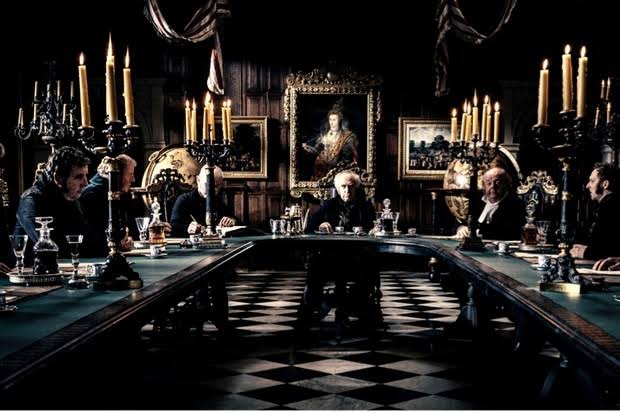 In every society, there is a conflict between conservative tradition and modern ideas. Those who believe in old traditions want to preserve them and prevent any attempt made to replace them with new and modern values.
Agents of change belonging to different sections of society make efforts to dismantle the old structure and construct a society based on new ideas which could enhance their role and status. Among these, traders are the most active and vibrant agents of social change, which is why they are criticised and condemned by conservatives who wish to uphold the traditional system which provides them security and privileges.
Edmund Burke (d.1797), the conservative thinker of the 18th century and the author of Reflection of French Revolution (1790) critically examines the role of traders during the French Revolution. According to him, besides intellectuals, it was traders who contributed to the destruction of the old political and social institutions of France which preserved stability and peace.
Is modern day consumerism responsible for social change?
According to him, the aristocracy checked radical change and kept the old system in order. As the French traders helped the revolutionary forces to lessen the power of the church, the nobility and the king, French society became chaotic. The traders on the other hand were interested in change because it would open new venues of profit and benefit their commercial activities. Burke, however, did not consider the role of the French traders positive because their endeavours plunged the society into conflict.


Burke also accused the traders of the East India Company of using illegitimate ways and means to accumulate wealth pilfered from India. He pointed out that as the traders belonged to the lower social classes of England, they lacked the high qualities of the English aristocratic culture, which was primarily the reason that they committed crimes in India by making profits from illegal trade as well as accepting a lot of money as bribes from the Indian rulers.
When they came back to England with all the riches that they had accumulated in India, they polluted English politics by buying land and seats in the parliament. They destroyed the institutions of India and created a vacuum in politics which subverted the local values and norms and destabilised the political structure.
Burke, throughout his parliamentarian career, criticised the East India Company and its rulers. His approach towards the role of the traders remained negative and he regarded them as destroyers and not builders.
Adam Smith (d.1790) in his book Wealth of Nations also castigated the role of the East India Company. According to him, when a trading company ruled India with the help of a military force, its interest was limited to trade concessions. Since the company’s interest was to earn more profit, it consequently ruined the industry in the subcontinent and gave no advantage to the English society through its business. He concluded that whenever traders became rulers, they used political power for profit and not for the welfare of people.
Another intellectual who defended the conservative system was Justus Möser (d.1794) who was the inhabitant of a small German state, Osnabrück. He was skeptical about the new changes which came about as a result of the Industrial Revolution.
He was content with the old lifestyle in his small city where artisans manufactured things according to the local needs and shopkeepers sold commodities of daily use. There was no materialistic desire among people to have extra stuff that was not very useful to them.
However, after the industrial revolution, the situation rapidly changed. With mass production in factories, traders were interested in creating consumers for it. There was an invasion of traders in Osnabrück, who brought new products and sold them cheaply in the market. It greatly affected the traditional artisans and shopkeepers who failed to compete with the aggressive traders and they lost their profession as well as their income.
According to Möser, the village life changed when peddlers reached distant places to sell new products. To Möser, it was the end of the old world in which people had been happy and content with what the local artisans produced for their needs. The change increased material desires among people and transformed them into avid consumers.
In The History of Syedwala, Muhammad Ramzan describes how during the colonial period, a family in a village could live on Rs69 for a whole year, excluding the expense of wheat and daily use products. Life was simple and the desire for consumption was limited.
In the capitalist system, the approach is to attract people to buy new products. In the olden days, shopkeepers did not display their commodities and the customers could not see them openly so they bought what they needed. In the new system, the products are displayed to catch the attraction of the consumers and to create a desire for purchasing and ownership. People also enjoy window shopping as a pastime. The question arises as to whether consumerism is a positive change or is it disastrous for the common man who is constantly competing with others to consume the new product.
The process of globalisation can also be examined on the basis of past historical knowledge. As in the past, the industrial revolution wiped out the traditional artisan classes, similarly globalisation is destroying the local industry by importing cheap goods and commodities and transforming people from producers to consumers.
By Mubarak Ali, dawn.com
Corruption Democracy Pakistan Power Politics Rigged Elections