In through the out door Hizb ut Tahrir Many young educated Pakistanis are struggling to find political, social and economic examples of the faith-driven utopia that they were told Pakistan was to become.

These young people are the products of the myopic narratives about Pakistani nationhood and religion found in our textbooks and the populist media.

The problem with many among this generation of young middle-class men and women is that unlike the earlier generations, they seem to have wholly bought into the charade of a religion-based utopia they were told the founding fathers had supposedly conceptualised.

This has happened in spite of the fact that today they have more opportunities to acquire modern education and information than ever before.

But this generation has decided to somewhat block and deflect alternative narratives that attempt to counter the one that defines Pakistan as some unique experiment to achieve a religious, nationalist and political singularity.

A good part of this dilemma is also about how many young Pakistanis feel awkward when their modern lifestyles fail to relate and connect with the brutal ways of extremist outfits or the conventional religious groups that claim to be the main expressions of the faith-based utopian narrative.

So, as if feeling guilty about this, this generation has concocted various escape routes with the help of modern-looking Islamic televangelists and evangelists through which they believe they can keep one foot in religion and the other in the modern material world.

On the political stage, many have adopted passionate leaders, perhaps because these leaders too are an example of the dilemma this generation is going through: i.e. masking and expressing a reactive political and social conservatism as something entirely compatible with ‘genuine’ liberal/democratic values (as opposed to the so-called ‘fake’ ones).

On a more disturbing level, there are also some who have become vulnerable to what can be described as the more modern and subtle face of religious extremism: The Hizbut Tahrir (HT).

The HT was formed in 1953 in Jerusalem by a former Muslim Brotherhood member. His professed goal was to unite the Muslim world under a single political entity (Caliphate) and the Sharia (or his version of it).

In the 1950s and 1960s the HT was mostly active in Arab countries. In the 1970s it got involved in various coup attempts in Jordan, Syria and Iraq.

Planned with a handful of military men and political clerics, the coup attempts, however, were easily crushed.

The setbacks saw many HT leaders escaping to European countries, especially the UK. There the HT came into contact with the second generation of young Pakistanis, Muslim Indians and Bangladeshis settled in the UK. Though staunchly anti-West, the HT was tolerated in Britain because it was also vocal against the Soviet Union.

It was during this period that HT began reworking its idea of a world caliphate. And since it was now operating in Europe, its activists began dressing in Western clothes, speaking in English and using modern political symbolism to communicate what was otherwise an almost entirely utopian idea of international caliphate.

With the collapse of the Soviet Union in 1991, the HT began sending its well-dressed and articulate recruits to Central Asian countries. But more than ever, the focus was now more on Pakistan.

Being the country most affected by the Afghan civil war (of the 1980s), a number of extremist and sectarian organisations had emerged in Pakistan.

The fallout of the war also included the state-sponsored ‘Islamisation’ process in Pakistan and the ideological and theological confusion that set in at the end of the Cold War. This confusion engulfed the urban middle-classes.

Facing a regenerated conservatism, this class reached out to ‘rediscover’ its Islamic roots (without letting go of modern material aspirations, of course).

The same happened in certain sections of the country’s military as well. By the early 1990s HT had begun to infiltrate privately-owned university and college campuses (especially in Lahore) with the help of sympathetic professors and teachers. It began recruiting junior and mid-level military officers too.

The HT bypassed terrorism and concentrated on building support among middle-class students, professionals and military officers.

After 9/11, HT’s leadership was convinced that Pakistan was ready to become the launching pad for an international caliphate. And it planned to use elements within the military to achieve this. Violence was not far behind.

In 2003, the HT was accused of being involved in an assassination attempt against General Musharraf. And then an army captain associated with the HT was arrested for plotting a military coup.

In 2004, HT established links with about 13 commandos of the army’s Special Services Group (SSG). In 2009, officers up to the ranks of lieutenant colonel faced court martial for links with HT and in 2011 a brigadier faced the same charges.

In August 2012, a military court convicted Brigadier Ali Khan, Major Sohail Akbar, Major Jawad Baseer, Major Inayat Aziz and Major Iftikhar for having links with HT and sentenced them to rigorous imprisonment for terms ranging from five years to 18 months.

According to a former HT man, Majid Nawaz, the HT does not discount the use of violence through the converted military men in its goal of toppling the Pakistan government and the military’s top leadership to ‘establish a Caliphate state’.

Though the HT is banned in Pakistan, a recent report suggests it still has sympathetic groups operating within the armed forces and in various private universities.

The HT has given the somewhat concocted notion of political Islam a contemporary dimension. By using modern economic and political symbolism it has reconstructed this notion as a largely utopian and farcical model for some sort of a golden, all-conquering future.
By Nadeem F Piracha: http://www.dawn.com/news/1074072/in-through-the-out-door

Around 2 millions lost their lives during partition of India and creation of Pakistan in 1947. Thereafter hundreds of soldiers have lost their lives while defending Pakistan. If the corruption scandals in defence purchases are true, which seems to be so its most unfortunate. The corrupt people are getting wealthy at the cost of blood of millions of innocent patriotic Pakistanis. .......... If Mr.Zardari is innocent he must conduct an independent inquiry to clear himself from this serious allegation !
Asif Ali Zardari is blamed to have looted Millions of Dollars of Bribes Paid to him in French Submarines Corruption Deal  Pakistan's Zardari 'Pocketed Millions' in French Subs Deal By Michael Streeter, Graham Tearse, Fabrice Arfi and Fabrice Lhomme Paris, France, 13 January 2011 (MediaPart) - Official Pakistani documents detailing how the country's president, Asif Ali Zardari, benefited from massive, secret payments connected to the sale of French submarines to Pakistan hav…
Read more 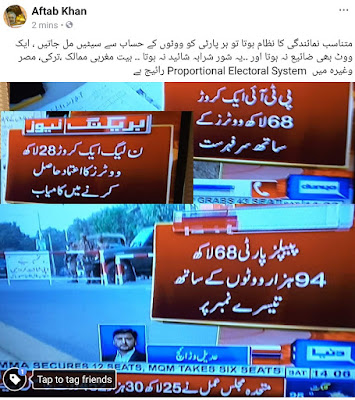 The Future of Pakistan, By Stephen P. Cohen. Book Review 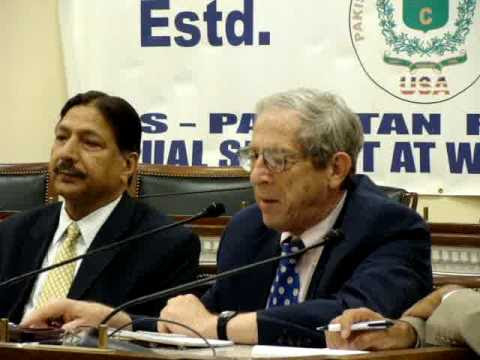 One might perhaps best approach The Future of Pakistan as one would an Agatha Christie novel. Read the opening chapter (Stephen Cohen’s comprehensive review of his own ideas and those of the other participants in the 2010 Bellagio workshop, and some others’, whose papers comprise the intermediate chapters) to find out who’s been murdered and where. And the last chapter, also by Cohen, in his capacity as this volume’s Hercule Poirot, to discover Who Did It and Why, systematically elucidating the various options and finally zeroing in on the suspect. Then, the reader might look in on the in-between chapters as a rich and tempting menu of dishes served up by twenty expert chefs from the US, Europe, Pakistan and India. Not, however, to be devoured at a single sitting but savoured over several meals. Writes Mani Shankar Aiyar in "Outlook India".

The exercise essentially boils down to suggesting that several things might happen over the next few years in Pakistan-or that, just po…
Read more